Insights, Enhancement and Education on Topics that matter to Women in Business

Spread Your Wings and Fly

The lessons we teach, passed from one generation to another, perpetuate traditions of discrimination.  Women hold an equal place to men in terms of population; women comprise roughly 50% of the population around the world and in the workplace.  Yet, women have an unequal place around the world and in the workplace when it comes to education, healthcare, professional opportunities and their place in societies. 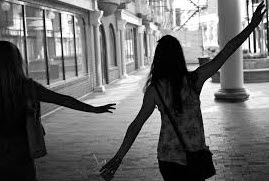 This month we celebrate the ATHENA Awards. The women nominated, all worthy of the title winner, are educated, proven leaders and passionate to make a difference.  Many of these women did not have equal opportunities handed to them but they have succeeded nonetheless.

Founded in 1982 by Martha Mayhood Mertz, ATHENA International is a non-profit organization that seeks to support, develop and honor women leaders.  The program inspires women to reach their full potential and strives to create balance in leadership worldwide.

Mertz was inspired to create this organization after serving as the only woman on the Board of Directors of the Lansing Michigan Regional Chamber of Commerce.  She quickly recognized that the Chamber’s boardroom did not reflect the reality of the business community.  The more she observed, the more she became convinced: If women’s strengths and contributions as leaders were publicly acknowledged, they could no longer be dismissed.

Founded in 1982, the award is an honor for those nominees who excel in their professions, give back to their communities and help raise up other leaders, especially women.  Since the program’s inception, more than 6,000 awards have been presented in over 500 communities in the United States, Canada, China, Russia, the United Arab Emirates and the United Kingdom.

In a recent ATHENA International Leadership Conference, Martha noted: “Think about Rosa Parks, who from the authenticity of her core, refused once again, to go to the back of the bus. Consider Mother Theresa who expressed her leadership by the touch of her hand, by the healing of her voice, by the power of her presenceundefinedalways giving hope. These are but two examples, albeit great examples, of women’s ways of leading that have changed the world.”

Yet another example of this kind of leadership has shown up in a young girl from Pakistan.  Pakistani educator Ziauddin Yousafzai reminds the world of a simple truth that many don’t want to hear: Women and men deserve equal opportunities for education, autonomy, an independent identity. He relates the story of his daughter Malala who was shot by the Taliban in 2012 simply for daring to go to school. “Why is my daughter so strong?” Yousafzai asks. “Because I didn’t clip her wings.”

Cable is proud to be the lead organization for the ATHENA Awards in Middle Tennessee and to have 30 other organizations supporting it through their nomination of Women and Young Professionals each year.

This year the question that each nominee was asked to answer:  Why is it important and necessary to focus on contributions made by women in our society?  We only need to reflect on the stories of Rosa Parks, Mother Teresa and Malala to answer it.  Without their teachings, the cycle of discrimination will continue.  What are you teaching?

Donna Yurdin, SPHR is President of Credo Management Consulting and is a consultant specializing in Diversity and Inclusion.